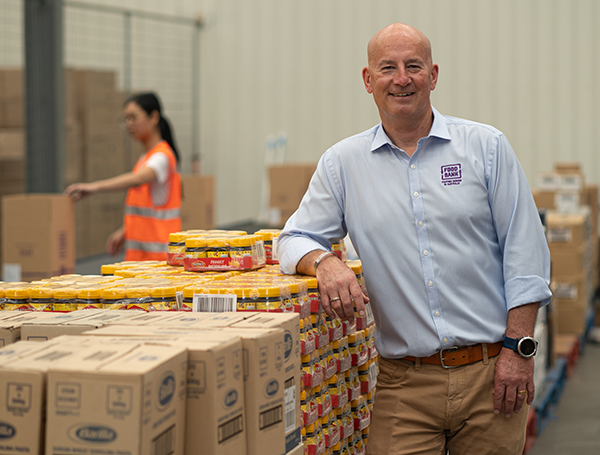 John Robertson commenced full time employment at the age of 16 as an Apprentice Electrician and during his time, became an organiser for the Electrical Trades Union.

Moving into the Labor Council of NSW as an Industrial Officer in 1991, John went on to lead the organisation from 2001-2008. John’s career then moved into the government sector, serving in 11 Ministerial portfolios and serving as the NSW Opposition Leader from 2011-2014.

With over 30 years of experience in stakeholder engagement and strategic development in government, and
7 years of volunteering at Foodbank NSW & ACT, John extended his career to the not-for-profit sector in 2017, and was appointed Executive General Manager of Foodbank NSW & ACT, Chief Operating Officer in March 2019 and appointed as Chief Executive Officer in November 2020.

John was elected to the Board of the NSW Council of Social Service (NCOSS) in November 2019 and appointed as Chair of NCOSS in December 2021. John was appointed by the NSW Treasurer in September 2020 as Chair of icare.

John’s vision for Foodbank NSW & ACT is to build a trusted, forward looking, solutions based food relief charity that collaborates with like-minded businesses and NFPs to fight hunger in Australia.